Skip to content
December 14, 2016 Sam Solanki Leave a comment
The Importance of Strategic Thinking: Lesson from the “two nation theory”:

Today 20% of the world’s population is on the verge of extinction. Armed with nuclear  weapons India and Pakistan are facing each other on their borders.

In 1947, after ruling the Indian Subcontinent for 400 years, British decided to leave subcontinent, and two Britain educated barristers from British India went to extreme edges on their political ideology.

In my view, each party had a greater desire for power, as always it happened at the end of colonial empires.

I am talking about Gandhi and Jinnah.  You might have seen Gandhi as a half naked man but he was a very well-educated lawyer, simply an Englishman.  I believe the practice to roam around half naked was to connect with rural people and make a brand in the western world.

Politically thinking, when Gandhi came joined the Congress (the mainstream party asking for home-rule) he came with a completely new approach of “non-violence” and non-corporation with the British Empire; soon his popularity overwhelmed within the party and in a suppressed imperial colony known as British India. Mr. Jinnah saw himself losing political influence and started worrying about his own political future in Indian politics.
What was the option? It’s the ancient theory, Hitler Policy, British Policy of spreading hate and Divide and Rule, the policy that we can still see  in 2016 in US Presidential elections.

Negotiations continued,  British were in a hurry to pack the bags and board a ship to London. Finally, the craziest thing happens. It was decided that the subcontinent would be divided into three pieces, in a region where there is a Muslim majority will become Pakistan and the non-Muslim majority will become India. A mass migration happened. The partition of British India gave birth to the largest genocide after the World War II as about 1 million people died and made 15 million left homeless. For what? For a political theory that people of certain religious beliefs cannot live together.
I believe that when there is an economic chaos, ultra right wing politics can often extend itself into the politics of the hate. We have seen Hitler, the partition of India and now 2016 US elections.

India is a very old civilization; people from almost all the beliefs and race have lived there with peace and harmony.  The jewel in the British crown is broken into three pieces. Wait a minute, how can British leave without planting the seeds for future conflicts? – That’s not British at all!

They left without deciding disputed territory of Jammu and Kashmir – a territory in the mountains of the Himalayas, the confusion was the majority of the population was Muslim but the king was Hindu so king merged the state with India.

It started the first war of 1947 – radical Hindus thought that Gandhi’s non-violence and peaceful nature are damaging national interest and he was shot dead at point black. A few years back Jinnah also died.

End of the story!

Assessment of the theory:

India decided to remain as a parliamentarian democracy and secular nation. India followed Socialist (Soviet model) to pull the country out of the medieval age. Economic Policies were framed on “Self- Reliance” and rural and agricultural development.

During the era of cold war, instead of joining Warsaw Pact or NAFTA, India decided to remain neutral. The Union of India granted equal rights to every citizen without any discrimination. The socialist era is highly debated either it was good or bad but I am sure that everyone will be agreed that the concept of “Self- Reliance” from Soviet model helped India to stand on its feet.

After the collapse of Soviet Union, India opened its economy and shifted towards Free Market Economy.

The secularism and pluralism became so colorful that in 2007, Republic of India’s President was a Muslim, Prime Minister a Sikh and the leader of ruling party was a Catholic while the majority of the country was Hindu! I personally grew up as a minority Catholic but have never faced discrimination in general.

On the other hand, Pakistan decided to establish an Islamic Republic where democracy was established with a significant influence of Sunni Islam. The another point to be considered is Jinnah’s financiers were mostly rich land owners and Gandhi’s main power lied in the poor people of India. Therefore, independent India’s policies were towards equalizing wealth while Pakistan did not make any policy for land reforms.

Wait a minute! But what to do with the dispute over Jammu and Kashmir? Because of the ongoing competition with neighboring India, that is far larger in the size and the economy, Pakistani Army started getting a very high influence in the politics of Pakistan.  Soon after the independence in 1958 military took over and since then it has been a power game of tennis between politicians and military generals. When military generals start making policies that’s the worst nightmare of democracy!

Alright! We need to go for a 1000-year war with India, we will eat grass and survive but we will fight! This is not a joke but it is true! A prominent Pakistani politician said this in UN General Assembly.

But General, we don’t have money to match enemy’s military power! All right! Let’s go to America!

Now, it starts a series of policy failures that created today’s gigantic issues like terrorism. During the Afghan war, US shortsighted policymakers gave responsibility to unite Islamic world against atheist Soviets. Who else can do a better job than a nation built on “two nation” theory?

Backed by the US, Pakistani Intelligent Service created Osama bin Laden and re-invented the dead concept of “Jihad” against non-Muslims. Yes, Jihad was a dead concept after the crusades in medieval ages. 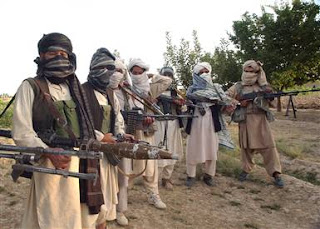 What happened within Pakistan? After independence, the first target was the minority non-Muslim citizen of the country. After eliminating Christians and Hindus whom to blame to keep “hate politics” going? Next are Shias as they are a different sect of Islam.

What about the dispute with India? There were 4 wars fought and all the time Pakistan lost all of them. In 1971 Pakistan was defeated and Bangladesh was born. The overwhelming military spending on broke the back of the economy. It was the military spending that made country dependent on US right from arms to food for the people. This eliminated the option of drafting your own policies and compromised national sovereignty.

After the end of Afghan War, US simply left creating unemployment crisis for Jihadist.  Pakistani leadership violated the fundamental principle of democracy by dealing with non-state actors. You should not and cannot use terrorism as an extension of a state policy – and that is the biggest mistake that Pakistan made.

The Jihadis mounted on Russian tanks and marched to Kabul and set up pro-Pakistani Taliban regime. Now, since Pakistan can not win a tactical war with India, created jobs for  talibans by directing them to India.

The tables turned after 9/11 when Pakistan was forced by the US to take actions against its own creation Islamic terrorists.  Now, the Taliban and Islamic terrorists are against the war with the state of Pakistan causing the death toll over 100, 000 since 9/11.  Pakistan has become a failed state with the horrible situation on law and order and human rights violation. Was this the future that the father of nation Jinnah wanted in 1947?

Let me take you back to the two-nation theory that says Muslims cannot live with non-Muslims, period!

If this theory was true then why a Muslim Bangladesh was separated from a Muslim Pakistan? How come today there are more Muslims in India than Pakistan and India is a functioning secular democracy.

There are two major questions:

•    What if Jinnah has thought strategically before putting the two-nation theory into practice?

There won’t be any Pakistan; Muslims of Indian Subcontinent would be living the Al-Queda and ISIS free India and Bangladesh.

•    What if the US had decided not to create and re-invent the concept of Jihad?

Wow! There won’t be ISIS. It feels so good to listen to that!

Dr. Christine Fair asks three questions in her book “Fighting Till The End”

1- If two nation theory was true – why Bangladesh was created?

2- If two nation theory was true – why there are more Muslims in a secular republic of India than the Islamic State of Pakistan? And still India does not have a problem of ISIS and Al-Quida.

3- Why every year hundreds of Pakistanis line-up in front of the High Commissions of various Non- Islamic countries? Why there is a huge Pakistani diaspora in Non – Muslim countries?

That’s the truth, all answers lie in Strategic Planning and Thinking.

The proven formula of nation building is religious freedom, secularism, pluralism and democracy (That’s the core principle on which America was built upon) – Remember that in 2016 Elections!

“Efforts and courage are not enough without purpose and direction”
~ John F. Kennedy

P.S. Dr. Tharoor wrote a book on how British exploited India. – An Era of Darkness must read.